THE PHOTO:
An airforce plane ( see comments below) doing a flyover at the A1GP in Taupo.

I had my camera settings set for the action on the track and this was only one of the few that turned out from the plane.

Everyone in the crowd was pretty ho-hum about the prospect of one of our aging aircraft trying to compete with the action on the track, but that all changed when the plan came straight for the stands, did a sudden 30 degree nose dive causing little children and adults alike to squeal in terror, before gracefully pulling up and powering the engines to roar only 50ft above our heads. Very impressive.

POST-PROCESSING:
I had a special image in my mind when I started working on this shot. I didn’t realise it was going to take me two hours to get there though. Hundreds of layers, blends, blurs, levels, burns, dodges etc were used to try an infuse a sense of drama and atmosphere to the bland original that was shot against a grey sky. 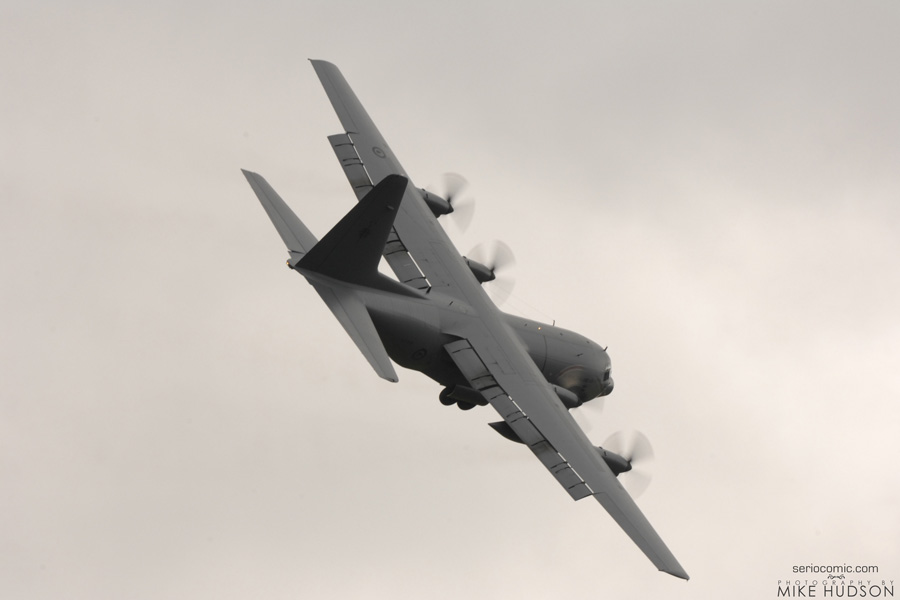