Following on from last year’s review, I thought I’d end 2010 with a look back at my top-10 favorite images that were published during the year. This year was a less-productive one in terms of the number of photos published (111 to be precise, compared to the 213 in 2008), but interestingly all of the images that made the top 10 were taken while traveling overseas. So, without further ado:

Number 10: From the Peak 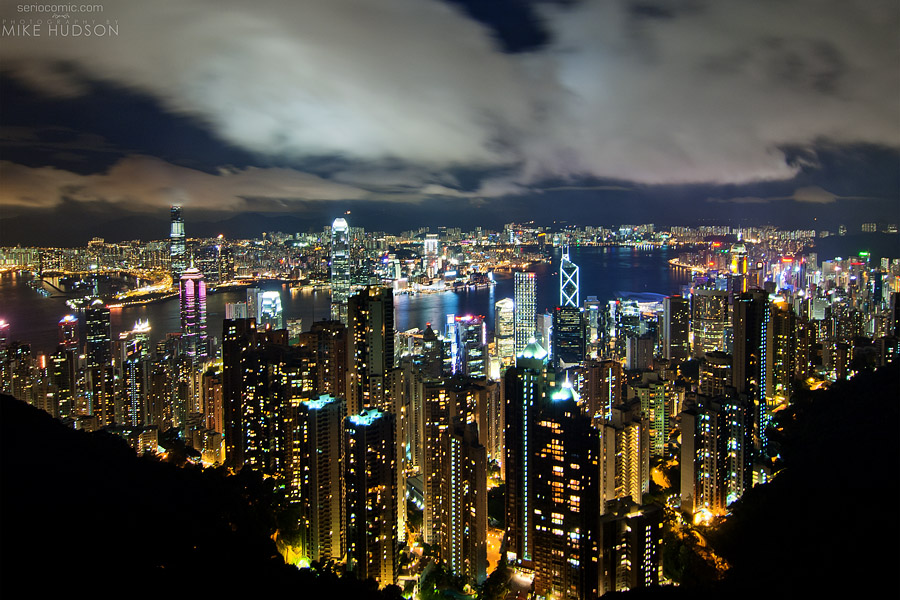 Published September 20, 2010.
This wasn’t the shot I wanted from the top of the peak – I missed the ‘blue hour‘ by quite a while, I didn’t have the new D700 with me or a proper tripod – but it was my third effort over three trips so it makes the top 10 by that virtue alone. 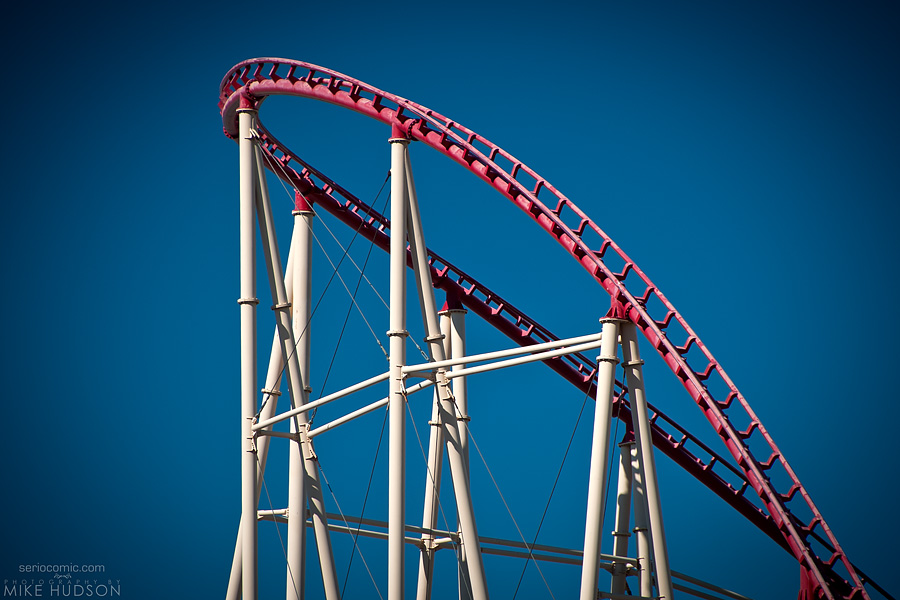 Published December 22, 2010.
The simplicity of this shot, with the blue, white and red, the absence of the roller-coaster itself all made this a photo I like.


Number 8: One of those Days Published August 29, 2010.
This shot was my second choice of the two Orangutan photos I have published, both taken at the same time during a visit to the Melbourne Zoo, but after a fair amount of post-processing in order to bring the eyes into focus I actually now prefer this shot – making it my number 8 for the year. Published July 23, 2010.
These juxtapositional shots always tickle my fancy. I also enjoyed the crispness of the statue and felt that the monochromatic effect added just the right amount of drama I was going for. Published March 17, 2010.
I’m not good at candid shots, but the ones I have published here on seriocomic are the few that I feel do the genre credit. I had two similar photos like this from Vietnam – this one with the woman walking away, with the sun hitting the fruit – still in color – made this my favorite. Published February 19, 2010.
I struggled to get the right effect during post-processing with this shot, but the result straight-from-camera was still one I felt lucky to capture. I love those sun-beam through the misty/dusty air type shots. 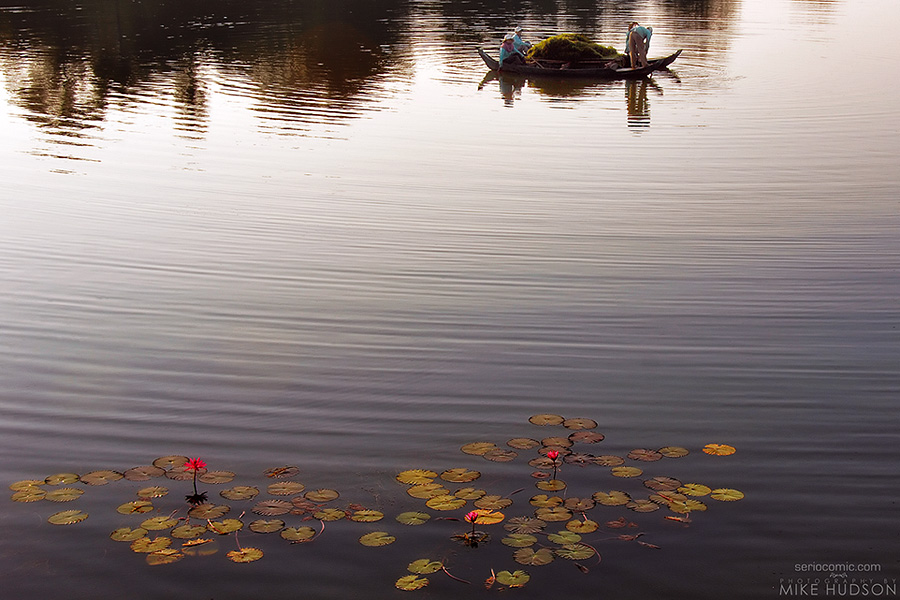 Published February 10, 2010.
This is my strongest ‘compositional’ photo of the top 10 – I like the peaceful water-lilies bridged by the ripples to the river-workers at the top of the frame. This one just beat out the hero shot of the Angkor Wat complex at sunrise. 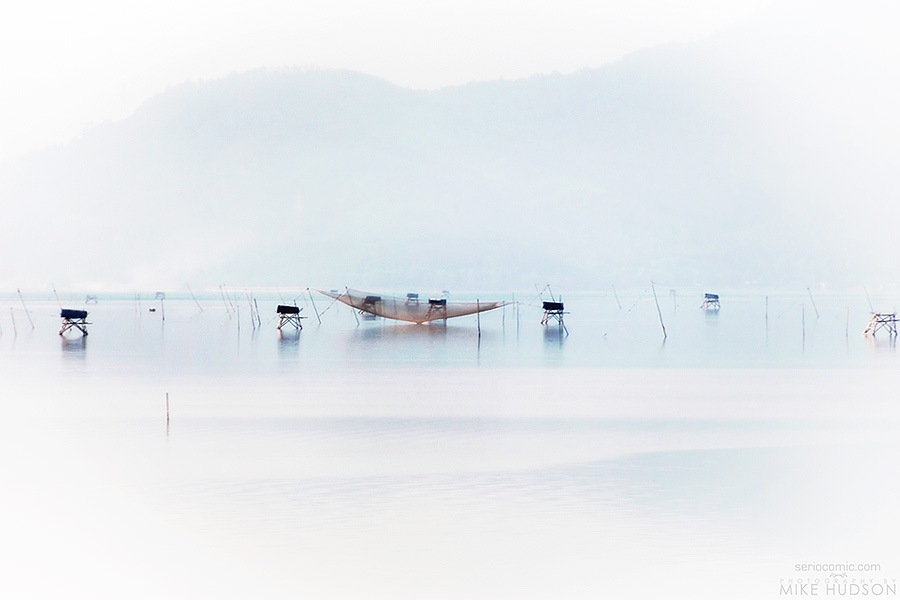 Published June 25, 2010.
My favorite ‘atmospheric’ photo of the year, taken from the train along the coast of Vietnam, it wasn’t tack-sharp as I would have liked, but the reverse vignette and the calm subject matter keeps me looking at it. Published June 29, 2010.
This would be my favorite ‘HDR’ shot of 2010. The difference from the original is startling to say the least and shows what detail can be revealed using the process. While not the sharpest landscape – certainly one of the more dramatic, and a good memory of my trip to Dalian.

Published May 7, 2010.
I knew even before I took this shot that it would look like this when I was finished with it. The toning applied during post-processing really gave this shot just the treatment that made it out-rank the others to take the No.1 spot for the year.